After 36 months of labor, I'm finally out of the ER, the nurses and doctors have gone home, and they've allowed me to view my virtual ebook baby.

She's a beauty all right. *sighs loudly, brimming with joy

BEHOLD, for the very first time in public, WANTED:  DEAD OR IN LOVE! 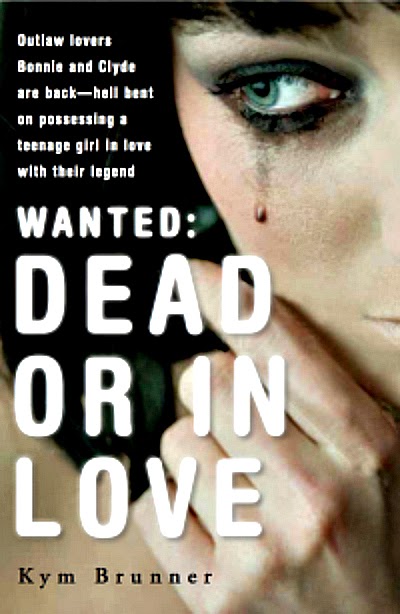 By Unknown - May 25, 2014 2 comments:
Email ThisBlogThis!Share to TwitterShare to FacebookShare to Pinterest
Labels: ebook, Wanted: Dead or In Love

A Month Before My Double Debuts Release...What's It Like?

Wonderful and crazy and busy and exciting and scary and unbelievably cool...and maybe a smidge stressful, too. Kinda like this:

Don't get me wrong––it's off-the-charts even better than I'd even dreamed about. Was it worth the wait? YES. Even if my books don't sell as fast as say.....these French Bulldog teacup pups....I'm happy.


Happier even than Pharrell Williams!


Nothing beats the feeling from having accomplished a HUGE personal goal. Kinda like this bird - just bursting with pride.
But if you're wondering a little bit more about the specifics, here you go. In the past two weeks, I've:
Hope you get a chance to experience this feeling once (or maybe twenty) times in your life, too. What has been your proudest moment?
By Unknown - May 20, 2014 No comments:
Email ThisBlogThis!Share to TwitterShare to FacebookShare to Pinterest
Labels: One Smart Cookie, publication, Wanted: Dead or In Love

Where in the World should you base your SETTING?

What IS the best setting for a book?

The short answer has always been: a place you’ve been or can visit.

That’s why the majority of my stories happen in or around Chicago (or Wisconsin) because I’ve lived here (and hung out there) my whole life. I know the area/culture/ people so well and it feels natural and easy.

But what if the story  needs to take place you’re unfamiliar with? Like if you want your story to take place on the moon, a tiny apartment in Paris, or in say, an African safari?

When I first began to write WANTED:  DEAD OR IN LOVE, I wasn’t worried about setting the story in my hometown. Surely the legendary outlaws Bonnie and Clyde (who appear heavily throughout my story) committed crimes in the Chicago area, just like all the other famous 1920’s gangsters such as Capone, Dillinger, and Bugs Moran….right?

To read the rest of this article, head over to Uncommon YA where I hang out with some pretty fabulous writers! CLICK HERE

By Unknown - May 09, 2014 No comments:
Email ThisBlogThis!Share to TwitterShare to FacebookShare to Pinterest
Labels: Setting, writing tips

WOOT! A COVER REVEAL of Margo Kelly's YA novel, WHO R U REALLY?

To celebrate the cover reveal for Who R U Really? Margo Kelly is giving away TWO Advance Reader Copies of the book! Visit www.margokelly.net to enter by Sunday, May 11, 2014!

Thea's overprotective parents are driving her insane. They invade her privacy, ask too many questions, and restrict her online time so severely that Thea feels she has no life at all. When she discovers a new role-playing game online, Thea breaks the rules by staying up late to play. She's living a double life: on one hand, the obedient daughter; on the other, a girl slipping deeper into darkness. In the world of the game, Thea falls under the spell of Kit, an older boy whose smarts and savvy can't defeat his loneliness and near-suicidal despair. As Kit draws soft-hearted Thea into his drama, she creates a full plate of cover stories for her parents and then even her friends.

Soon, Thea is all alone in the dark world with Kit, who worries her more and more, but also seems to be the only person who really "gets" her. Is he frightening, the way he seems sometimes, or only terribly sad? Should Thea fear Kit, or pity him? And now, Kit wants to come out of the screen and bring Thea into his real-life world. As much as she suspects that this is wrong, Thea is powerless to resist Kit's allure, and hurtles toward the same dark fate her parents feared most. Ripped from a real-life story of Internet stalking, Who R U Really? will excite you and scare you, as Thea's life spins out of control.

And now...for the beautiful new cover or WHO R U REALLY? 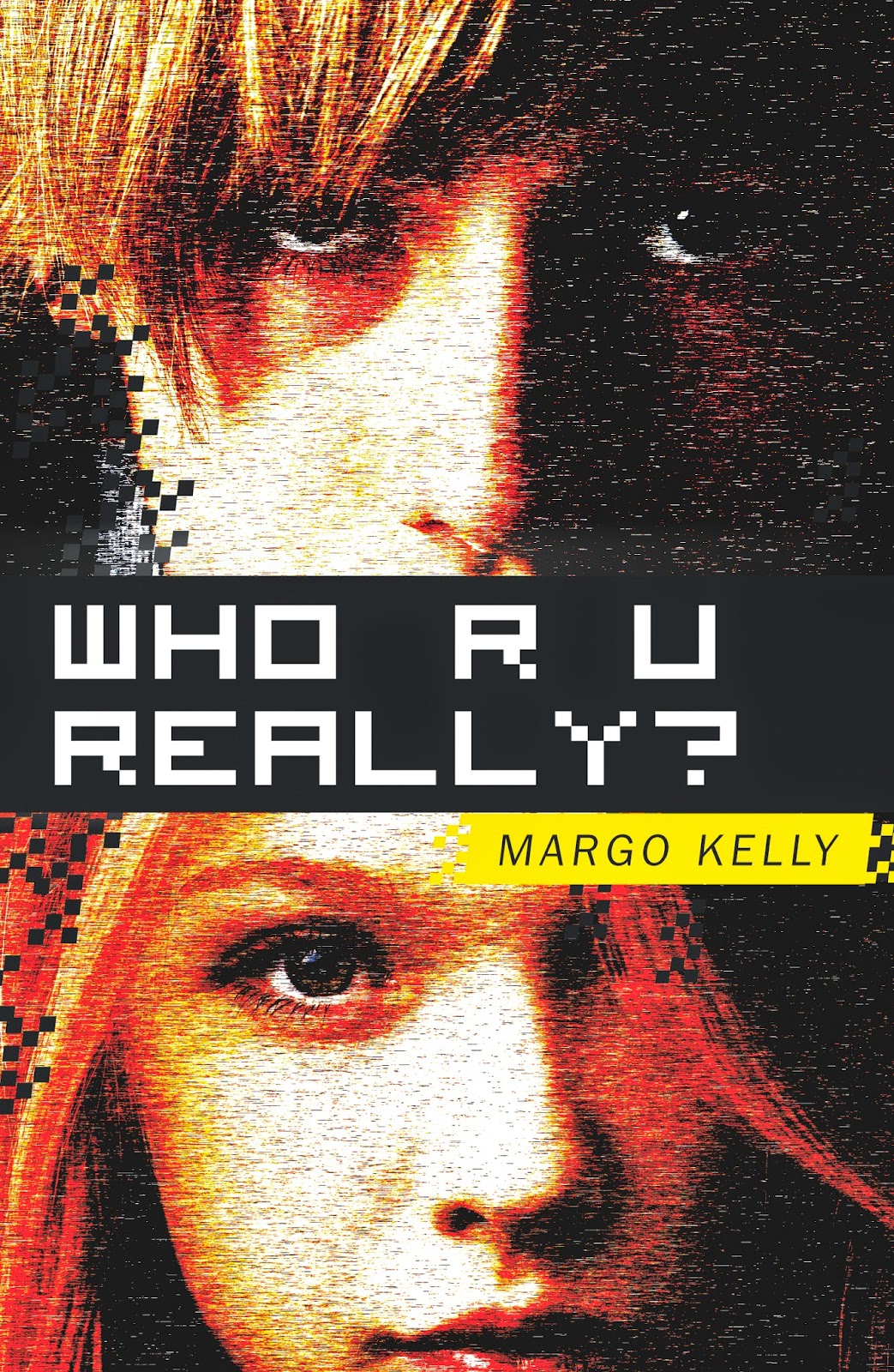 Margo Kelly is a native of the Northwest and currently resides in Idaho. A veteran public speaker, Margo is now actively pursuing her love of writing. Who R U Really? is her debut novel and will be published by Merit Press in September 2014. Margo welcomes opportunities to speak to youth groups, library groups, and book clubs.

Rejection sucks – no matter if you’re talking romance, job offers, or novels. No one who wants something badly enough wants another someone to say, “No, thanks." 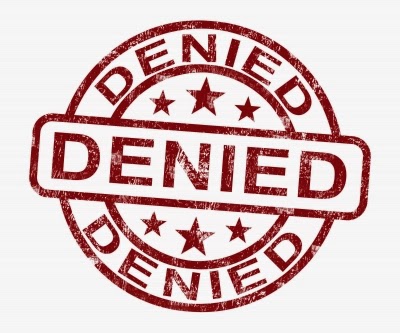 Unfortunately, rejection doesn’t stop after you’ve been published. Here are my latest letdowns:

****To see the full article at Darkly Delicious YA, click on the link BELOW:


DEALING WITH REJECTION by Kym Brunner

By Unknown - May 05, 2014 2 comments:
Email ThisBlogThis!Share to TwitterShare to FacebookShare to Pinterest

How the Barefoot Bandit Helped Sell my YA novel 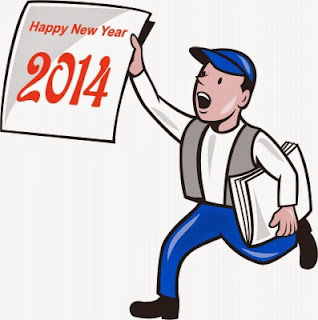 Did you know that a famous news story gave me the idea for WANTED: DEAD OR IN LOVE?

Click the newspaper boy and "Read All About It!"