Writing suspenseful stories often leads me to investigating creepy places and  gruesome stories of real events.  Oftentimes what the adage said is true: real life is often scarier than a fictional world.

Blame my interest in the macabre on not having YA books when I was a middle-schooler. Faced with reading sweet boring books with no violence, sex, or swearing (boring), I turned to Stephen King to get a taste of something scary and different, and of course, spine-tingling.
At the head of the creepy list:  insane asylums. Now they're called "psychiatric hospitals," but until 1970, people were packed off
and put away in scary buildings for the mentally ill. Places that looked like this..
Pitié-Salpêtrière Hospital 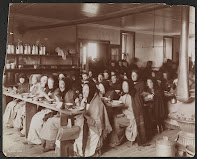 Blackwell Island's Lunatic Asylum (their words, not mine!) in New York 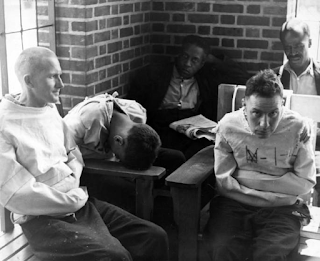 Pilgrim State Hospital - 1938
(Straight jackets...do they still use these things?!?)

St Kevin's Psychiatric Hospital - Cork, Ireland
Closed down in 2002. Doesn't look too inviting to me...
If the people weren't crazy when they went in these places, I'm sure the deplorable conditions once they arrived made them go insane. What places scare you the most? Graveyards? Dark alleys? Caves? Under your bed?  Leave me a comment about your scariest places or experiences so I can incorporate some of your ideas into my next book.
I live between a  lake and a forest, and have to admit, hearing a coyote howl nearby is pretty scary––-especially when accompanied by a victory song of several coyotes celebrating a kill.  Be sure to look for scary settings in my future novels.
'Til next time,KYM
By Kym Brunner - January 19, 2022 No comments:
Email ThisBlogThis!Share to TwitterShare to FacebookShare to Pinterest
Newer Posts Older Posts Home
Subscribe to: Posts (Atom)