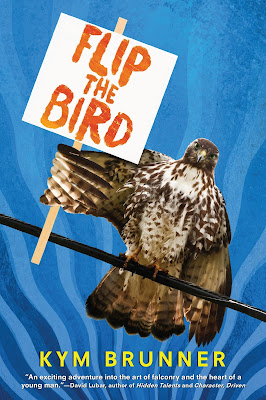 Synopsis:
Mercer Buddie wants two things in this world: a girlfriend and the chance to prove to his master falconer father that he’s not a flake. With hunting season fast approaching, fourteen-year-old Mercer has only a short time to work with Flip, a red-tailed hawk he irreverently named to show his dad that falconers don’t have to be so serious all the time.
When Mercer meets Lucy, he falls hard for her gorgeous looks and bubbly personality. He thinks his love life is about to take flight, until he discovers that Lucy and her family belong to a fanatical animal-rights organization called HALT—a group that believes imposing any sort of restrictions on animals is a form of cruelty. Mercer soon realizes that if he wants to keep seeing Lucy, he’ll need to keep his love of falconry and his family’s raptor rehabilitation center a secret from her, and Lucy’s involvement with HALT from his family.
With humor and honesty, Mercer’s story shows how growing up means making difficult choices…and sometimes, being rewarded in unexpected ways.

PROFESSIONAL REVIEWS
Gr 7 Up—Scoot over, Don Calame—Brunner is about to join you on your perch. This is not a book for the squeamish. It's about falconry at its finest, but it is also about much more than that. On his way to capture his first hawk, Mercer Buddie meets the girl of his dreams. Unfortunately, she is also the daughter of pro-animal activists. Mercer must come to terms with who he is, who he wants to be, and the belief systems he wishes to espouse and reconcile those with his desire to be with a hot girl. The humor is bawdy, though not quite as ribald as Calame's, and the accounts of hunting and dispatching prey are as honest as the descriptions of what happens when animal rights extremists "save" animals from humans. Brunner also introduces the issue of animal research and why adorable canines may just be the answer to human cardiac conditions. Readers will think deeply about their beliefs and why they hold those values right along with the protagonist. The puns, including Mercer's decision to name his red-tailed hawk Flip, keep an otherwise heavy subject from becoming too grisly. Lovers of Sterling North's Rascal, Farley Mowat's Never Cry Wolf, and Calame's Dan Versus Nature will flock to this tale about a teen and his hawk. VERDICT Get multiple copies for nature-loving reluctant readers.—Jodeana Kruse, R. A. Long High School, Longview, WA

"Brunner writes an impassioned story with real-life moral dilemmas. Abundant details of falconry, the result of the author's own falconry apprentice lessons... root the story solidly in a fascinating world new to most readers. An engaging story of a young teen finding what's most important in his life."
—Kirkus

“An exciting adventure into the art of falconry and the heart of a young man.”
—DAVID LUBAR, author of Hidden Talents and Character, Driven

"His experiences with HALT help him realize the importance of understanding the difference between information and propaganda, and the value in thinking for himself."

"Lovers of Sterling North’s Rascal, Farley Mowat’s Never Cry Wolf, and Calame’s Dan Versus Nature will flock to this tale about a teen and his hawk. . . Get multiple copies for nature-loving reluctant readers." 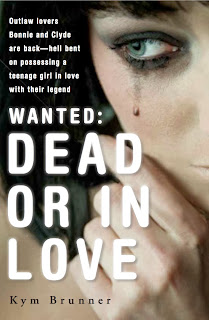 Impulsive high school senior Monroe Baker is on probation for a recent crime, but strives to stay out of trouble by working as a flapper at her father's Roaring 20's dinner show theater. When she cuts herself on one of the spent bullets from her father's gangster memorabilia collection, she unwittingly awakens Bonnie Parker's spirit, who begins speaking to Monroe from inside her head.
Later that evening, Monroe shows the slugs to Jack, a boy she meets at a party. He unknowingly becomes infected by Clyde, who soon commits a crime using Jack's body. The teens learn that they have less than twenty-four hours to ditch the criminals or they'll share their bodies with the deadly outlaws indefinitely.


Kirkus Review "Four personalities in two bodies (and plenty of sexual tension) make for a wild ride in one stolen vehicle after another..."

Kirkus Reviews (via Forever Young Adult): "Kym Brunner has woven four POVs through Wanted: Dead or in Love...The personalities are all different enough that it’s not hard to tell them apart, which shows that Brunner has a good grasp on writing characters. "

Book Addict 24-7: "Anyone familiar with the Bonnie and Clyde story may rejoice in seeing a young adult adaptation of the two lovers that doesn’t go as predicted. At the end of the day, this is a tale of love, adventure, and redemption. Pretty strong trio, in my opinion" 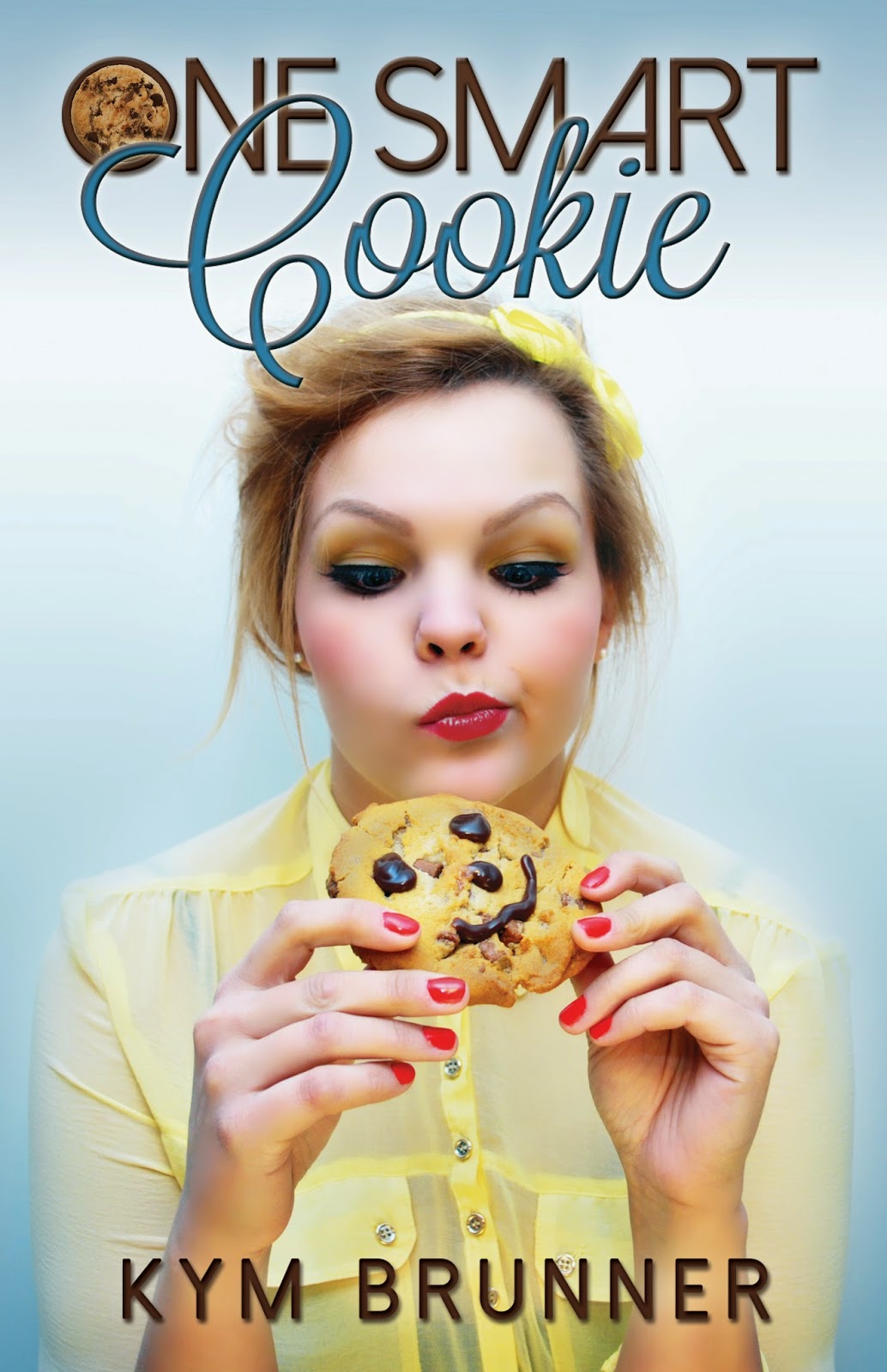 Sixteen year old Sophie Dumbrowski, is an adorably inept teen living above her family-owned Polish bakery with her man-hungry mother and her spirit-conjuring grandmother, who together, are determined to find Sophie the perfect boyfriend.

But when Sophie meets two hot guys on the same day, she wonders if  this a blessing or a curse. And is Sophie's inability to choose part of the reason the bakery business is failing miserably? The three generations of women need to use their heads, along with their hearts, to figure things out...before it's too late.

ONCE UPON A SPARK: "Here's a story sure to intrigue readers who fell in love with the worlds built Sarah Dessen and E. Lockhart. It's a (sweet!) bite right out of reality!"

V'S READS: "I adored this book! The Polish immigrant backdrop is so lovely, and works beautifully with the Chicago environment. The war between American assimilation and cultural identity is so lovingly detailed."
Email ThisBlogThis!Share to TwitterShare to FacebookShare to Pinterest