Choose Titles for Your Blog Articles Wisely....Or You May Anger Readers

I was blessed with the opportunity to write an article for Chuck Sambuchino's "Guide to Literary Agents" column for Writer's Digest. Considering how many hits Chuck's blog posts get, I was in debut author heaven. After being given the okay for a guest column with the freedom to choose the topic, I excitedly detailed how I came about writing multiple POVs for Wanted:  Dead or In Love, my YA novel about Bonnie & Clyde taking over the bodies of two modern day teens (which resulted in four POVs interspersed in the story). I figured readers might wonder how and why I chose to write it in alternating POVs, and so I gave (what I hoped was) the interesting background about my thought process.

Before it appeared online however, someone at WD changed the title of my article from "Cracking Down on Multiple POVs:  Surrender and Nobody Gets Hurt," to "You Should Write From Multiple POVs if Your Story Demands It." Perhaps mine was too long or they felt it wasn't catchy enough. Although I thought my title with the criminal undertones was clever and fit my article, I wasn't upset.

I didn't think so....until I saw the list of comments on the Writer's Digest Facebook Page that linked to my article (which has since been taken down). People were writing angry comments that my post was nothing but a promo for my book and didn't give advice about whether or not to write from multiple POVs. The thing is...I hadn't intended to do that.

I left one short polite reply on the Writer's Digest Facebook page explaining that my original title had been changed and basically, sorry for the misconception. (I'm not sure if my comment caused them to take down the post or if the fury of the commentators did, but either way, it's probably a blessing for both of us).***Editing to say that on the webpage itself, there were lots and lots of wonderful comments by readers. Definitely the lovely outweighed the grumblers. Thank you, positive readers! :)

Here's the thing:  the title gave readers a different expectation. And I guess, looking at it from their perspective, I can see why they might have had some sour feelings. They wanted a checklist or guidelines of when you should use multiple POVs in your story and when you should stick with a single POV. I'm not sure there's a right/wrong answer to that question, except to say that uh (ahem) you should do it if your story demands it.

That said, I guess I learned that blog post titles have more significance than I knew. With that in mind, I decided to create a few guidelines for choosing blog post titles:

1) CRAFT A CATCHY TITLE - it's important that you make readers curious to see what your article is about. If you're tweeting a link to your article, you only have a split-second to catch a reader's attention. "Write a Title That Fits" wouldn't have been as interesting as the one I chose for this blog post, although it would have reflected the content.

2) DELIVER WHAT YOU PROMISE - the title should reflect the content. No one likes bait and switch. Yes, it should be catchy, but it can't promise something that you don't deliver. Make sure the reader gets what he's coming to your blog for, or they might not come again.

3) REFRAIN FROM GENERIC "GRABBER" TITLES - there are many tweets that say, "Check this out!" or "You won't believe what you'll see by clicking HERE." Yes, we are curious by nature, but when you've seen enough of those, you stop following the link. No one likes surprises THAT much.

Those are all the rules I can think of at the moment (except maybe if you host someone as a guest on your blog, don't change their title without running it past them first.) :)

If Chuck Sambuchino or anyone from Writer's Digest reads this article, I want to reiterate how grateful I am for the opportunity to post an article for your organization. Hopefully the readers that left those angry comments will surrender their feelings and no one will get hurt. :)

Care to share any other guidelines that I missed?

BEST. NIGHT. EVER! MY FIRST YA AUTHOR EVENT....

If I never publish another book, I will forever treasure the moments that I am experiencing this summer with the release of my debut novels: WANTED: DEAD OR IN LOVE from Merit Press, and in a few weeks, ONE SMART COOKIE from Omnific Press.

Maybe it's because it took me ten years to get here that I now cherish this moment so much, but I've come to realize that the difficult journey might be what is making this reward all the more precious.

I have acknowledgments and dedications in my books to thank all the hundreds of supporters and writers and friends who made my dreams come true, but still felt I needed to share this glorious night with those who couldn't be there in person.

Here are some pictures from one of the best writer days of my life thus far––billed as "A YA AUTHOR EVENT" at Barnes & Noble––when I was actually part of the panel instead of an attendee. Woot!! The other three authors were not only cordial, but funny, sweet, and super smart too! 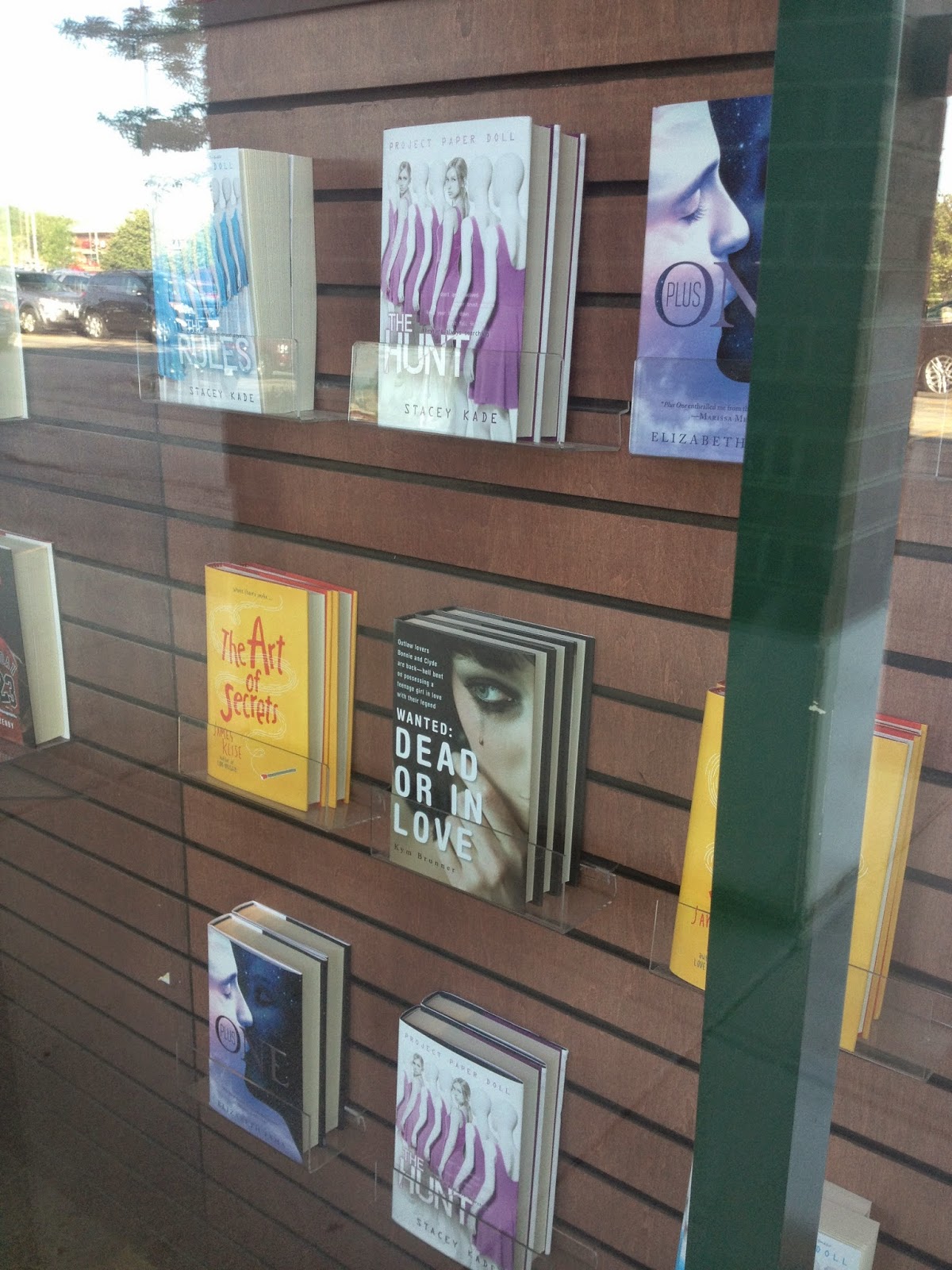 THANKS TO EVERYONE WHO CAME OUT!
You seriously have no idea how much it meant to me to see all of you!
Thanks for taking time out of your busy lives to come cheer me on.


Giant thanks also to the B&N managers, Ralph & Amy, who were wonderful to work with!